This blog for Island Daily Deals was created in 2014, as we are in the process of changing over some of our content from the year 2011 when we first started, it’s a blast from the past to be adding what was our very 1st post onto Island Daily Deals!  In May 2011, Fraser and I (Nadine) were ecstatic when we were featured on the front page of Business Vancouver Island after being in business for 4 short months.  In all honesty, we traded a case of beer with a local photographer to get our photo’s done for the feature of this cover.  This is an introduction (at the time which was almost 4 years ago) after we started Island Daily Deals.  Business Vancouver Island is one of Vancouver Island’s most premier news source and an absolute honor to be featured here.  See the evidence below 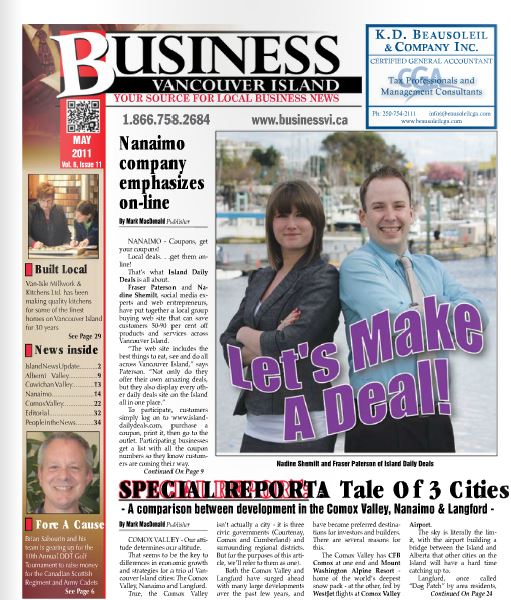 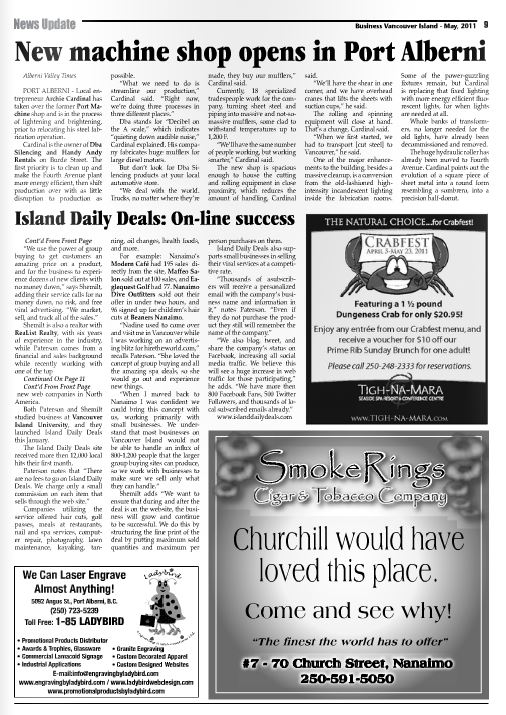 Next: We were featured by the Nanaimo Magazine!

An Ode to our Chief Cuddle Officer